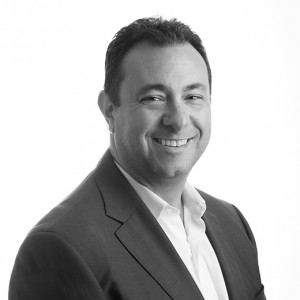 Mike’s guiding mission is to effectively capture and communicate the interests of his clients in order to achieve results. As a partner of Maverick Strategies, Mike brings his extensive experience in political operations, public relations, and media affairs to realizing the founding principles of the firm.

Over the past several years, Mike has successfully represented the interests of his clients on a diverse range of issues including transportation, the fishing industry, school choice, and the lottery system. Previously, Mike also served as an associate at Cassidy & Associates, one of the largest government relations firms in the nation’s capital, focusing primarily on healthcare.

Recognized as one of Washington’s top political consultants, Mike brings his considerable experience of having served as a staff member at every level of politics. Most recently, Mike served as Chief of Staff at the Republican National Committee (RNC), and helped lead Republicans to one of the most successful years ever in 2010. Prior to becoming the Committee’s primary consultant and senior advisor, Mike was named the Regional Political Director in the Mid-Atlantic Region and was integral to Bob McDonnell’s successful gubernatorial campaign in 2009.

Before joining the RNC, Mike served as the Vice President of Political Affairs at Freedom’s Watch, where he directed all political activities and developed a Political Media Strategy for the Board of Directors. Prior to his time with Freedom Watch, Mike was named the Deputy National Political Director of John McCain’s presidential campaign.

He emerged as a key player in Maine politics in 1999, when he was named the Political Director of Olympia Snowe’s successful Senate campaign. Mike worked in the Senator’s Washington, D.C. office, managing staff and handling key political operations.

In addition to his background in public affairs and strategic consulting, Mike has also served as Executive Director of a clinic at the Sisters of Charity Health System in Maine, managing a $20 million budget and over 100 professionals.

He received his B.A. at the University of Maine and his MBA at Husson College in Bangor.